February 1987
In February of 1987 Bishop Gary L. Burt obeyed the call by God to begin what is now known as Agape Apostolic Faith Assembly. Starting with Bible Classes and eventually Sunday Services in the basement of his residence, the congregation quickly expanded and was forced to ascend upstairs to larger quarters. Very rapidly, because of God’s blessings, this space too became inadequate and moving became inevitable. 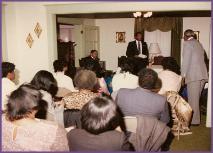 July 1987
We were given permission to use the facilities of Wesley United Methodist Church in July of 1987. Again we had to move when Wesley’s schedule conflicted with ours. 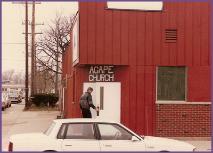 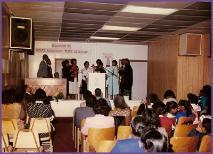 September 1987
In September of 1987, we rented the building located on the corner of 30th and Elmira. To someone on the outside, the beginning of 1990 may have appeared to have been a difficult time for Agape; but we could truly see God’s handiwork and teachings in our lives. We learned beyond a shadow of a doubt that the church dwells within us, not a building. We moved from 30th and Elmira to share facilities with the late Elder James Carey and the saints of Jerusalem Temple who gladly opened their doors to us until we relocated to School #75.

During this time progress was being made towards the purchase of our own building. Every move we made bonded us together more and instead of losing members, the Lord was still adding to the church daily such as should be saved. Every stumbling block became a stepping stone leading us to another victory. 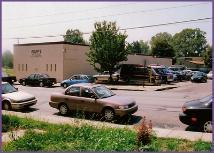 In May of 1990, the building at 2432 Dr. Martin Luther King Jr. Street was purchased and the renovation process went into full operation; not only with the brothers of this Assembly, but the Lord sent other skilled workers to labor with the brethren.  Neh. 4:6…for the people had a mind to work. There were no bake sales, no selling dinners, no rallies, no begging, the emphasis was on doing it God’s way with tithes and offerings with faith in God.

On August 5, 1990, we entered the sanctuary of our new church home. What a day this was for Agape! To God be the glory!! Agape is a church on the move, a rescue mission for sinners to be saved, the sick to be healed and the saints to be encouraged and uplifted. 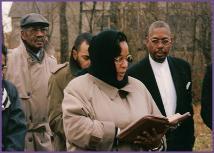 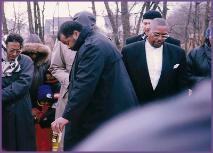 In June of 1997, the property located at 6240 North Georgetown Road was purchased which included seven acres of ground. The property was paid for in full at closing. Preparation for building began immediately with plans being drawn up and permits obtained. On a very cold Sunday Morning in November of 1997, the Pastor and members of Agape journeyed to 62nd & Georgetown for the dedication and blessing of the ground where the church building would be erected. God blessed us mightily in the dedication.

In December of 1997, the work began. God blessed us with an unusually mild winter and the work never stopped. 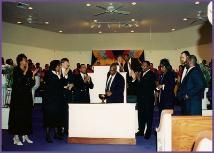 On Sunday, September 6, 1998, with motorcade escort we caravanned from 2432 Dr. Martin Luther King to 6240 North Georgetown Road. In this unusual caravan that consisted of Pastor, First Lady, Officials, Ministerial Staff and entire congregation, we arrived at our present location. We entered the sanctuary singing “We’ve Come This Far By Faith”. God has continued to bless us throughout the years. 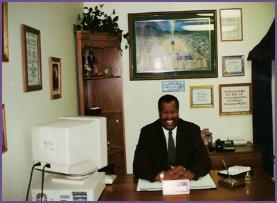 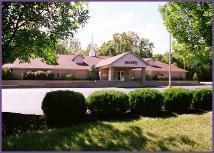 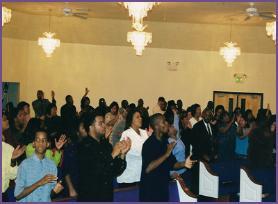 The church mortgage was paid off in less than three years. An addition was added onto the church in 2005 which included offices, nursery and storage, with no need for a bank loan. We have continued on in what brought us to this day, “Giving God Always Our First and our Best” This is the Lord’s doing and it is marvelous in our eyes”. Psalms 118:23. This is the church that will love you to life.