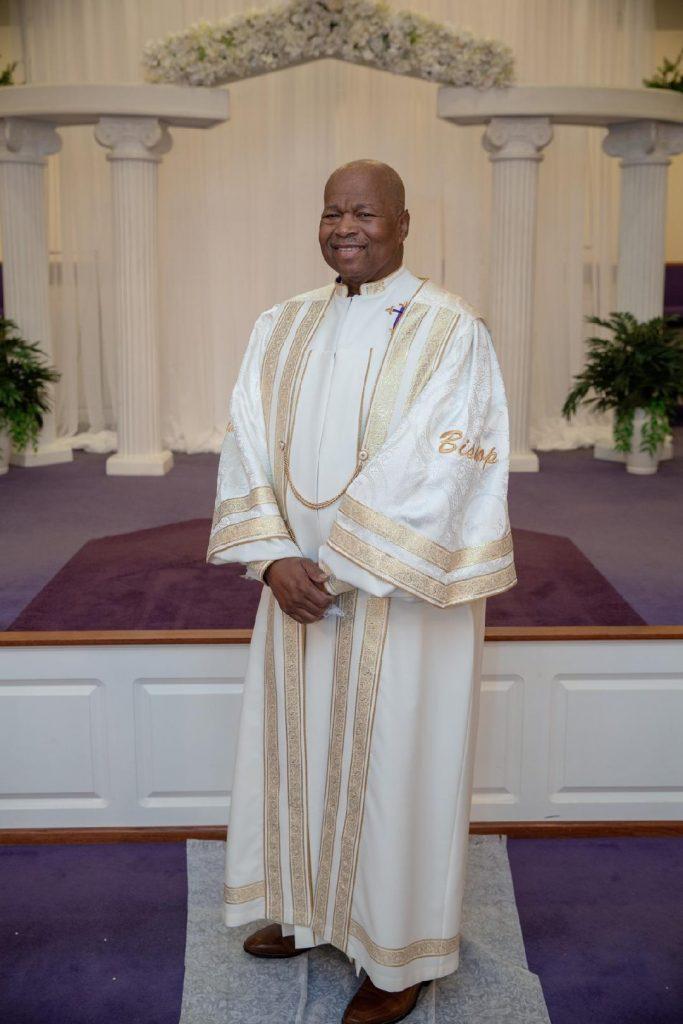 Bishop Gary L. Burt, Sr. is the Founder and Pastor of Agape Apostolic Faith Assembly. He was
baptized in Jesus name and received the gift of the Holy Ghost in March of 1971 at Christ Temple under the Pastorate of Bishop James E. Tyson.

He met and married Sister Sallie Bell Burt of New Bethel Tabernacle in Kokomo, Indiana under the Pastorate of District Elder Rufus Mills. He has been married to Sister Sallie Burt for over 35 years and is the father of five children and the grandfather of seven.

Bishop Burt has been pastoring for over 24 years.  He heeded the call of God to Pastor in February of 1987 with services that began in the basement of his home. God began to send souls from all over the city, the state, out of state and from out of the country.  Through the
leadership of the Pastor, the church has supported people in the foreign fields; many have been fed, educated, clothed and housed. The Pastor has been blessed of God to travel overseas on different occasions to witness first hand what God has allowed the church to accomplish thus far.

Under the rich ministry of strictly teaching God’s word, the church continued to grow beyond the capacity of each former building and needing a still larger facility, the property located at 6240 Georgetown was purchased in 1997 and was paid in full at the closing. The church
was built in 1998 and God blessed us to pay off the building in 2001, less than three years from the inception of the loan.

This is the Lord’s doing and it is marvelous in our eyes. Psalm 118:23

The Church That Will Love You To Life